SnowRunner is a bigger, wetter, and colder simulator series! 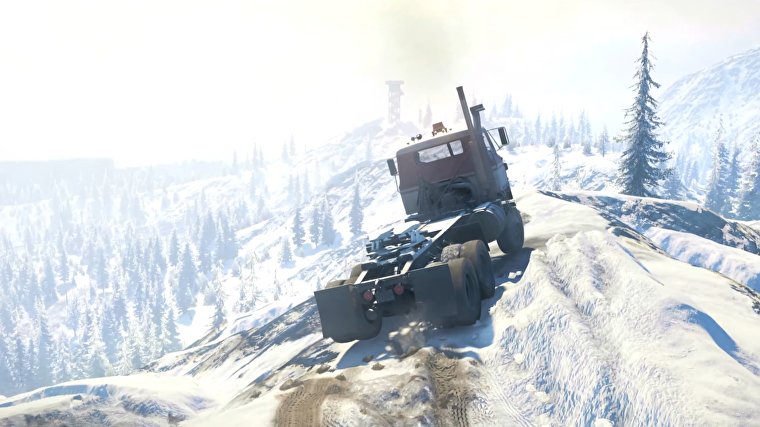 SnowRunner is a bigger, wetter, and colder simulator series!

Spintires: MudRunner is a cludgy delight of a thing, somehow turning the nightmare of getting a vehicle snared in sodden dirt into a puzzle game. It did so well that we’re here once again, this time with snow chains wrapped around the tires and a flask of warm tea on the passenger seat. SnowRunner is a bigger, wetter, and colder addition to the surprisingly successful sim series. Take a peek.

It’s pure Discovery Channel territory. You’re tasked with setting up a transportation company, creating a supply network in both the US and Russia. MudRunner’s much-lauded mud still looks like it grabs tires in a wet bearhug, but with the added complication of snowdrifts and ice bogging you down. Wetness is rendered in near-atomic detail, causing you to have to fight every bump and turn when you’re in the cab. The challenges are simple enough: deliver the cargo on time and without flipping over. But the struggle is wheel. 15 larger maps, some up to four times the size of MudRunner’s levels, will be the playground for the game’s fleet of licensed utility vehicles (Pacific, Navistar).

If you’re wondering why it’s being pitched as the incredibly clunky “SnowRunner – A MudRunner Game”, we do have some insight. Buckle up: it used to be called “Spintires”, but the game’s creator Pavel Zagrebelny and publisher Oovee had a remarkable public falling out, with a few accusations and counter-accusations flying about, stalling development for a time while payment trouble and messy patching was worked out. It was delisted on Steamduring this time. Eurogamer covered a lot of that. Ultimately, it was extracted from Oovee’s purview and ended up at Focus Home Interactive, with Pavel working with Saber Interactive, his former employers, to develop the now rechristened “Spintires: MudRunner”. The slow, but steady, rebranding as “MudRunner” is clearly them trying to step away from the original kerfuffle, and so they can claim this is “By the creators of MudRunner”. Which is a bit cheeky, but here we are.

That was more exhausting than the game, but there you go. Oh, it’s out sometime in 2020 on the Epic Games Store.