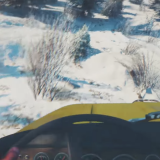 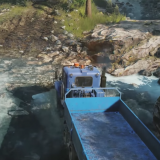 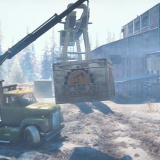 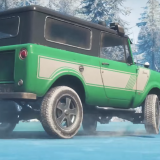 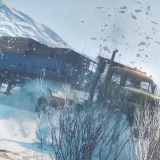 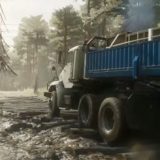 Saber Interactive recently unveiled SnowRunner, the official title of the previously-announced Spintires: MudRunner 2. This is the follow up to MudRunner, which (rather unexpectedly) came to Switch in the latter half of 2018. The port that Saber put together was surprisingly capable, and functioned well enough in both handheld and docked mode, despite the game’s technical complexity. With the first feat having been achieved, the full reveal of its incoming sequel feels a bit odd, as it has been confirmed for everything but the Switch.

SnowRunner builds upon the MudRunner formula by introducing a lot of new features like snow-covered maps (with hazards like snow drifts), new physics-based cargo types (like pipes and crates), customizable trucks, new manufacturers, more detailed interior cockpits and improved visuals. The game is slated for a 2020 release, though it was originally supposed to launch this year.

The team behind SnowRunner has confirmed more details would be churned out fairly regularly going forward. I’ve reached out to them for a comment as to whether or not we can expect the game to hit the Switch, but it’s gone unanswered as of the time of writing.

With its ambiguous 2020 release, SnowRunner just may skidding its way onto the Switch similarly to that of its predecessor—behind the other platforms. That wouldn’t be the most ideal release, but it would still be better than not getting it at all.