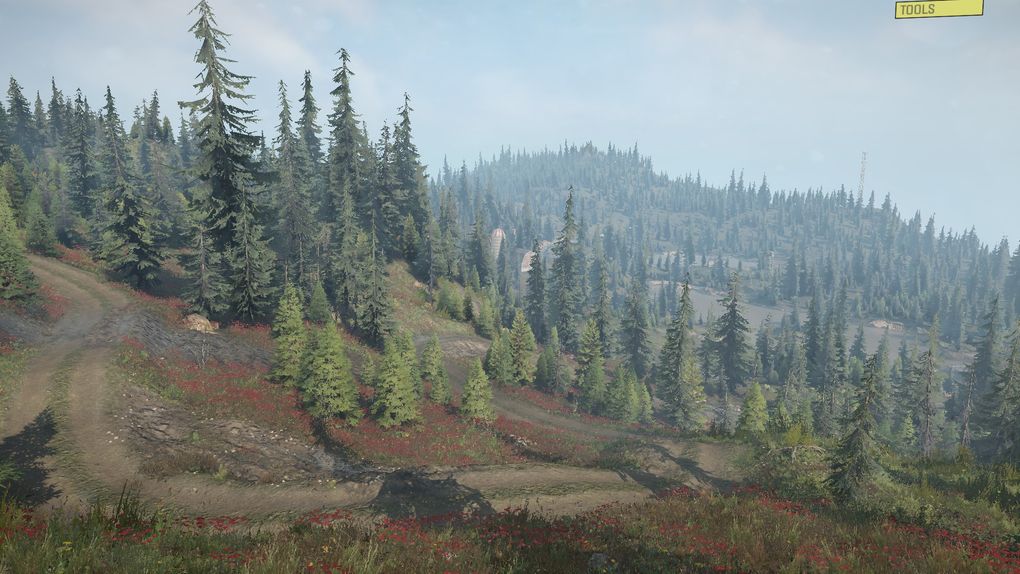 This map doesn’t have missions or tasks yet but there are six watch towers to unlock.

I plan to add a garage, trailer store and more models and trails around the map. Roads/ water bodies may change with more testing and I may end up widening and straightening some roads as well as add some terrain challenges. Some small mounds and erosion channels need to be smoothed or flattened out a bit. I probably wont make it super hard with a bunch of boulders and stumps everywhere, for the most part.

There’s quite a bit of variation of the terrain and I tried to not make it so dense so that you’re unable to drive on a large portion of the map. You should be able go go off the path almost anywhere and climb a hill or take a shortcut.

I’ve used two different types of grass-normal and spring, to add a little detail to the map. Lower areas and erosion channels will have a darker grass.

~This is the first serious map that I’ve attempted and still referencing and reading the manual as I mostly aimlessly add/modify parts of the map.